Here is My Story

My name is Madi Holcomb, and I am Autistic. I am the newest member on the Board of Directors for Camp Encourage. It’s easy to be proud to be part of the Camp Encourage experience. Accepting and taking pride in my autism, on the other hand, was a long journey. For those of you on that journey, whether you are Autistic yourself, a loved one and support of an autistic person, or simply learning about autism on your own, here is my story. 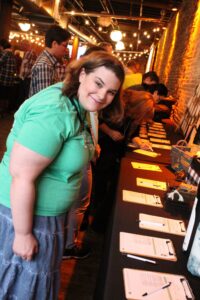 A small note: I usually use Person First Language (person with autism) and Identity First Language (Autistic person) interchangeably, but I am making an effort to use more Identity First Language. I’m doing this because I feel Identity First Language is less stigmatizing and better illustrates that the autism cannot be removed from the person. For those interested in language usage and the debate around it, I recommend research. I, personally, found the following article and the links it provided useful in forming my opinion: http://autisticadvocacy.org/about-asan/identity-first-language/. But this is my opinion, and I hold no one’s use of labels against them. You have to form your identity and describe it in the way that best fits you.

I was born in 1991. I was diagnosed in 2005, when I was 13. My family and I, however, knew there was something different about me long before then, and even had a good idea of what it was, if not the name, than the result. I was (and am) a mess of contradictions. I was a smart child. I didn’t enjoy reading until second grade, but once I did, I was devouring books at record speeds. I wanted to write and tell stories, but writing things down was difficult or impossible for me. I could grasp higher concepts in math, but was slow with basic facts of addition, subtraction, multiplication, and division. I scored impressively on tests, but I couldn’t do homework. I could shrug off injuries, but having my hair brushed was excruciating. I cared deeply about other children, both in stories and in my classroom, and would help them if I could, but I had trouble making and keeping friends. I wasn’t connecting to my peers, but adults found me delightful, and I’d chatter to them happily. My parents took me to psychologists before I was diagnosed, only to have me “charm the pants off them” (as my mom put it).

My parents were and are amazing advocates. They constantly told me I was worthwhile. They told me that my disorder did not make me less, that I was not less. I didn’t believe them. I’d never really known other autistic people. All I knew were the other special education students, and the way they were treated.   My life changed when I finally entered a group just made up of Autistic people. It was the first time I’d seen people really like me. My therapist treated us all with respect, something I hadn’t seen before in twenty five years of life. Suddenly, I was allowed to be Autistic in public, and I found I wanted the traits I tried so hard to hide back. It was a revelation when I introduced my new peers to my parents, and, to my awe, they liked these Autistic people. I had thought that they only tolerated my Autism, and now I had proof that Autism was something they could like independently of familial duty.

I learned no new skills by meeting Autistic people, at least, not formally. But I learned to accept myself. It was the difference between having self-acceptance explained to me clinically and seeing and feeling it in an organic environment. It’s as profound as the difference between understanding how a snowflake is formed and being outside in winter for the first time.

I am proud to be a part of Camp Encourage because it is an environment where children can experience long before I did how it feels to be truly accepted. It is not a place that focuses on skills as directly as a school environment, but rather a chance to see those skills put into motion with the best possible results. So many things that were trained out of me as a child in a futile attempt to prevent bullying are on display in Camp Encourage without fear of reprisal. To parents considering enrolling their child, this is one of the emotionally safest places for an Autistic child I have ever known. Every person needs a safe place to be themselves. Every person needs to feel self-acceptance, not as an abstract concept or something preached by parents, but as a living environment of their peers. It took me longer than I wish it had to learn to love my brain, but I am here now in a place where I can be myself. Welcome to Camp Encourage.

Double Your Gift, Double Our Impact

Double Your Gift, Double Our Impact

Here we are over a year later in this turned-upside-down new world. Schedules were... 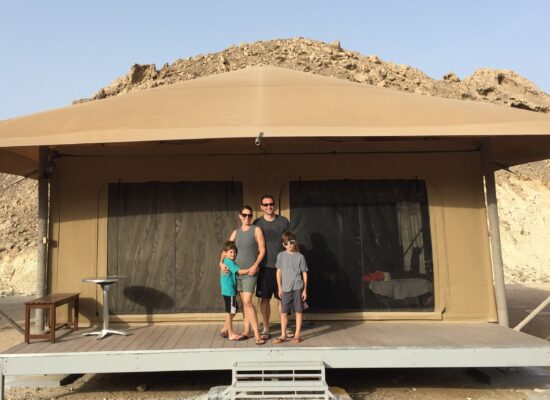 After recently announcing an opening for our Events Coordinator position, we received...

Good news! We have meaningful volunteer opportunities for nurses and other medical...